Swiss Cheese and Grape - New batch to be launched in production (soon...)

All current copies of Swiss Cheese and Grape have been sold out (x25, it's a good start!). Thanks a lot for the encouraging comments and feedback !

It seems I was right and it is quite challenging ! So, don't be fooled by the cheesy look !

It's now time to produce a new batch.
Still a few production issues to sort out due to current context, but I hope that it is now a matter of days. The 3D printers should be running soon,  crossing my fingers.

I am still in the process of estimating the right number of copies. So, if you want to be added to the pre-order list, just drop me an email (bruno.puzzlemaker@gmail.com). 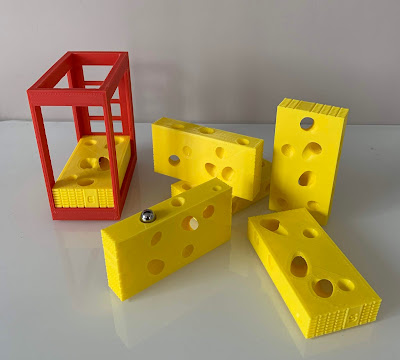 Update : the new batch of Swiss Cheese and Grape has been released. Almost sold out already... There are 2 copies left!

Check out the previous post for price and shipping.

Popular posts from this blog 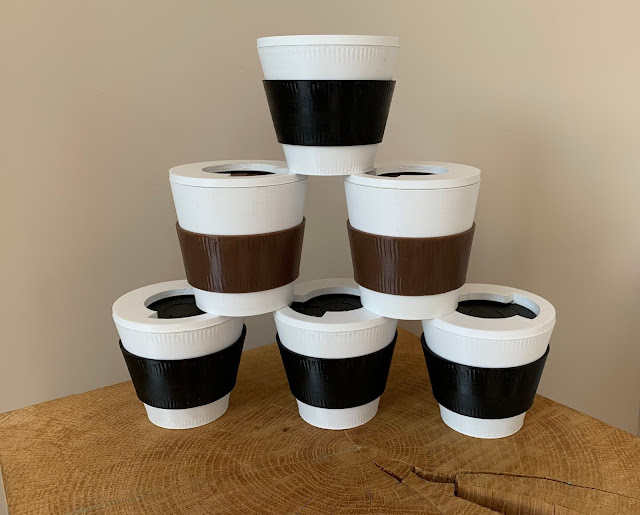 I am releasing 2 new puzzles, Espresso and Caffe Latte !  They are both packing & unpacking puzzles, taking advantage of round shapes, which give some nice possibilities of rotation moves.  The goal is to pack all pieces in the cup (8 pieces for Espresso and 7 pieces plus a sugar cube for Caffe Latte), enjoy your drink and unpack ! The disassembling experience is nice as well. They are of moderate difficulty, Espresso being easier (3/6) and Caffe Latte a bit more challenging (4/6). Caffe Latte Espresso A few copies are available for purchasing ( catalog of puzzles ), and more will be produced depending on the demand.
Read more 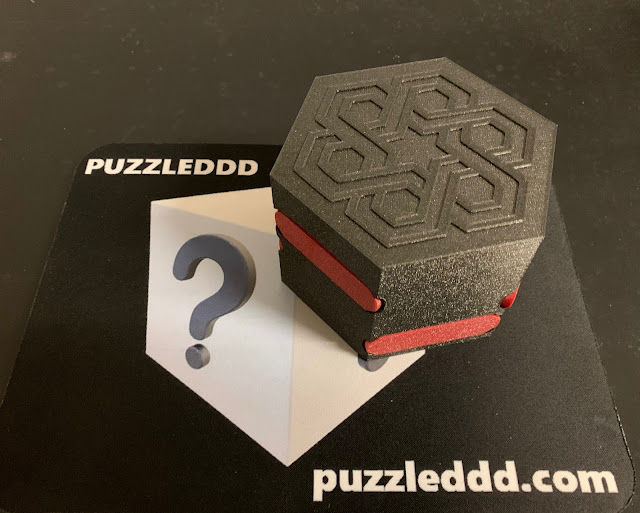 I am really happy to announce the release of my new puzzle, Hexabox !   Hexabox is a puzzle box, with coordinated motions and a pinch of sequential discovery.  I like to refer it as the big sister of Drawer Box, one of my very first designs, with some nice additions and improvements.  It requires 25+ moves to remove the 3 drawers and to find the hidden coin with 3 phases in the game. It is a difficult puzzle, with, I hope, some nice Ah Ha ! moments down the road.   The production is just starting. The first 4 copies are already reserved for early birds, but more will come. I will maintain a waiting list and communicate when copies are available.
Read more

3 packing puzzles to be released ! 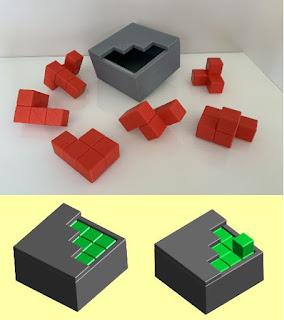 I am going to release soon 3 packing puzzles, 2 that have been designed by Lucie Pauwels and that I have modeled in 3D (thank you Lucie !), and one of my own design. I am quite happy with the result! I was not that familiar with packing puzzles until I recently played with a few and enjoyed the packing experience. Each one of these packing puzzles has its own twist, with similar difficulty, it is a nice set ! Rotabox, designed by Lucie Pauwels Pack all six pieces into the box (2 goals) The solution involves rotation, obviously! Difficulty:4/6 Pentastack, designed by Bruno Pack all six pieces into the box Pentagon shapes can be quite misleading ! Difficulty:5/6 Skof, designed by Lucie Pauwels Pack all seven pieces into the box The inner drawer can move laterally in the box ! Difficulty:5/6 If you are interested, please fill in the waiting list form. It is useful for me to better estimate the quantities and then launch the production.
Read more